Health Advisory Update: We care about your health and continue to service our customers safely. Read More

The Benefits of a Duel Fuel System in Salt Lake City 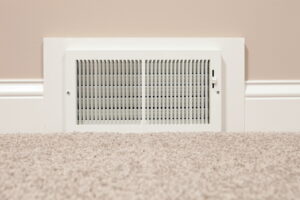 If you’re asking what a dual fuel system is, don’t worry, you’re not alone! Before we jump into how one of these systems can benefit you and your home, we’ll go ahead and answer this question first.

The thing about a gas furnace for your heating needs is, it’s not perfect. It can be too powerful on milder winter nights, meaning that it’s drawing more energy than is really necessary to keep you warm. An electric heat pump isn’t perfect either–it actually struggles to work as a heating system if temperatures drop too terrible low during the winter, which can be a real pain in Salt Lake City!

It’s too bad that there isn’t something that combines the two, right?

Wait, that’s exactly what a dual fuel heating system is! Read on to learn more.

END_OF_DOCUMENT_TOKEN_TO_BE_REPLACED

How Can a Malfunctioning Thermostat Impact Your Heater? 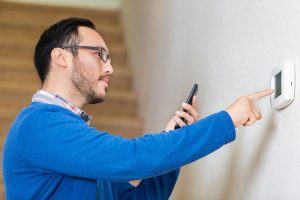 When it comes to selecting a thermostat for your HVAC system, there are a variety of options to choose from. Finding the right one can help you save considerably on your heating—and cooling—costs. If you’re already considering upgrading your thermostat, be sure to get in touch with our HVAC professionals, so we can lead you in the right direction and ensure that the installation is done correctly.

You might not realize just how much the poor installation of a thermostat can impact your heating system—which is the last thing you should have to deal with this winter. That’s why we do not recommend doing the installation on your own. In fact, installing your thermostat yourself could actually invalidate the equipment warranty on the device. Any thermostat system can wind up damaging your HVAC system, by sending it the wrong signals, if it’s improperly placed in your home, or otherwise installed shoddily. Our Salt Lake City, UT heating technicians have the knowledge and the skill to make sure this doesn’t happen. END_OF_DOCUMENT_TOKEN_TO_BE_REPLACED

Tags: Heating, Heating Services, Salt Lake City, thermostat services
Posted in Heating | Comments Off on How Can a Malfunctioning Thermostat Impact Your Heater?

Choosing the Right Furnace for Your Home

For countless homeowners throughout the nation, the furnace represents the ideal home heating solution. By heating air and then distributing that heated air throughout your home via a system of ductwork, a furnace can heat your living space in a very effective, very prompt manner. In order to ensure that you are able to fully enjoy the benefits of your furnace in Holladay, UT, you need to do more than just invest in a quality product from a dependable manufacturer. You must also be sure to choose the furnace that best suits your home and personal user preferences. When you work with the professional furnace technicians here at Design Comfort, you can count on this being the case. END_OF_DOCUMENT_TOKEN_TO_BE_REPLACED

Tags: Barrie, Furnaces, Heating
Posted in Heating | Comments Off on Choosing the Right Furnace for Your Home

Why Radiant Heating Deserves Your Consideration

Forced air heating is probably the most popular residential heating method out there. This type of heating includes systems such as furnaces and heat pumps. However, there are other options which are well worth your consideration, including radiant heating in Holladay, UT. If you are thinking about investing in a new home heating system, it is important that you consider any and all available options. You just may find that there is a heater out there that suits your needs and preferences, but which you just have not encountered before. Read the following information, and schedule service with Design Comfort if you decide that residential heating is right for your home.  END_OF_DOCUMENT_TOKEN_TO_BE_REPLACED

How Does Routine Heating Maintenance Benefit Me?

Keeping your home warm and comfortable throughout the coldest time of the year is a goal that you share with all homeowners. The key to getting the very best performance that any home heating system has to offer is to schedule routine heating maintenance. Having your system maintained on a regular basis by a trained professional can benefit your heating system, your comfort and your budget in a number of ways. If you are looking for truly exceptional heating maintenance in Salt Lake City, UT, then you are in the right place. Give Design Comfort a call today, and know that your heating system is in capable hands. END_OF_DOCUMENT_TOKEN_TO_BE_REPLACED

When to Consider Heating Repair Services

After a long, hot summer, moving into the cooler time of the year can actually come as something of a relief. However, you must know for certain that your heating system is in great working condition if you hope to live comfortably as the “cooler time of the year” transitions into the full-fledged winter season. As well-made and routinely serviced as your heater may be, remember that no heater is ever going to offer 100% reliability. With that in mind, it behooves you to learn to recognize the signs that your heater is in trouble. Below you’ll find a few examples of instances in which you should schedule professional heating repair in Salt Lake City, UT. If you notice these issues, call Design Comfort to schedule service. END_OF_DOCUMENT_TOKEN_TO_BE_REPLACED

Should I Schedule a Heating Replacement?

After a long, hot summer season, the idea of cooler weather may be one that you welcome with open arms. Of course, this idea may differ somewhat from the harsh reality of the coldest time of the year. Regardless of whether or not you are eagerly anticipating the winter season, though, you are wise to take any necessary steps in ensuring that you are able to live comfortably throughout the coldest time of the year. To do so, you just may require a heating replacement in Salt Lake City, UT. Determining if a replacement is necessary can be tricky, though, especially if your system has not totally failed. Keep the following tips in mind, and call upon the experts at Design Comfort if you suspect that you could benefit from a heating replacement before winter sets in. END_OF_DOCUMENT_TOKEN_TO_BE_REPLACED

You may not be ready for summer to end, but this reticence on your part will do nothing to prevent the onset of winter in just a few short weeks. With this in mind, it is in your best interest to schedule your heating installation or replacement services  before the winter season can really get underway. Our technicians are only to get busier the closer heating season comes. If you are serious about enjoying reliable, consistent heating in Salt Lake City, UT, then schedule your heating services  with a member of our staff. Design Comfort is here to ensure that you have the right heating system in place for  your needs.

END_OF_DOCUMENT_TOKEN_TO_BE_REPLACED

Why Is Thermostat Upgrade Part of Heating Service?

Thermostats have a lot of unacknowledged power. Why? Many people tend to overlook the fact their thermostat is the control center for their heating system, and as such, wields a great deal of power over the system itself. If you are installing a new heating system, why not take advantage of the opportunity to also upgrade your thermostat? Thermostat installation is an important part of our Design Comfort heating services in Sandy, and we’ll explain more about why this is below.

Why Upgrade Your Thermostat?

Here are some of the reasons why you may want to consider upgrading your thermostat along with other heating services you may be engaged with:

There are three main types of thermostats:

Tags: Heating, Thermostats
Posted in Heating | Comments Off on Why Is Thermostat Upgrade Part of Heating Service?

The pilot light has been a staple of home heating systems for decades. The continuous flame underneath furnaces and boilers across the country has gained wide recognition as the ignition source for the heater. It has also become notorious for going out for no apparent reason. This, combined with recent advances in technology, have led to the rise of intermittent systems. Let’s take a look at the differences between the two systems.

There are a couple of issues with this kind of system, the first of which is wasted energy. The pilot light stays lit 24/7, consuming fuel even when you aren’t using the heater. It’s a small flame, but when you consider the months that you likely aren’t using your heater it can add up quickly. The second issue is the pilot light’s propensity for blowing out. While it can often be relit easily, if the pilot light does go out it prevents the entire system from starting.

The intermittent pilot light is an electric system, designed to combat some of the biggest flaws of the standing pilot. Rather than keep a flame burning all the time, the intermittent pilot only lights when needed. The system responds to the command for heat by using an electric spark to ignite the flame. A sensor registers the flame and lights the main burner, at which point the pilot light goes out.

This technology solves both of the standing pilot light’s main issues. However, it is a much more complicated system, and often more costly and difficult to fix.

We go to your home, you don't come to us!